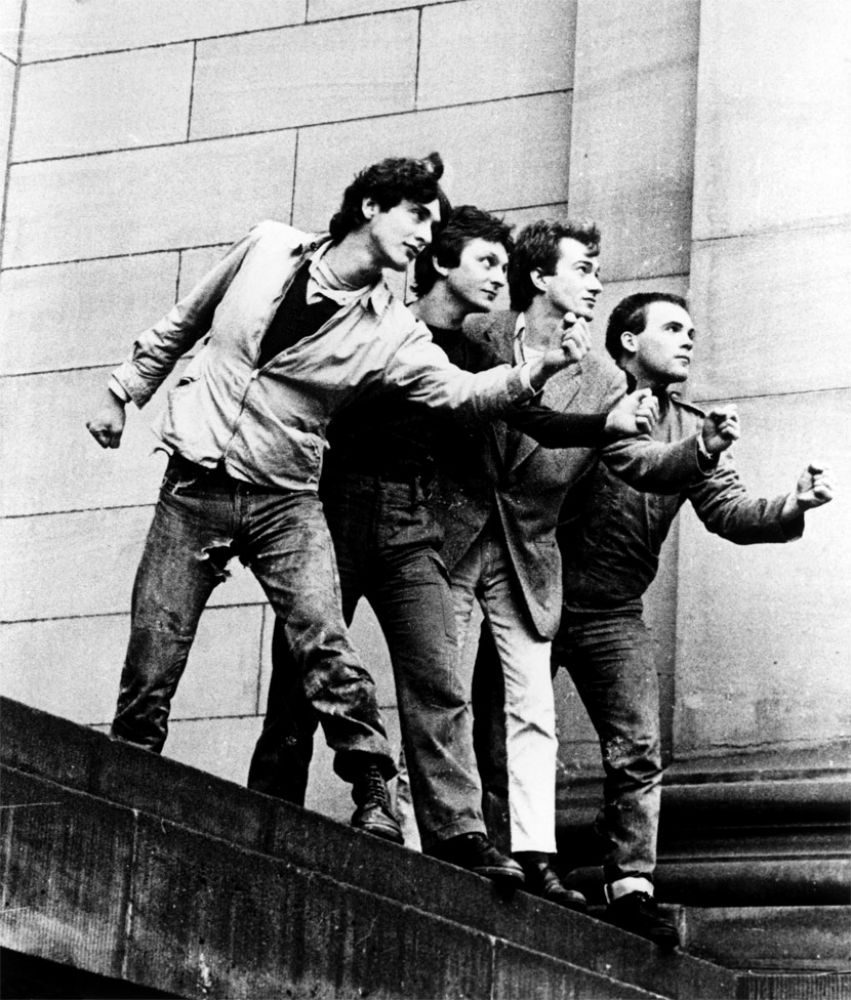 I got into Gang of Four backwards.

The same way I got into delta blues, old-time country, and so on. You prop up your heroes and then—maybe—their heroes become your heroes. The magic and charisma only deepens when you imagine listening with their ears.

In the mid-80s to early-90s I was especially fond of two seemingly disparate bands: Big Black and Mekons. I wasn’t self-aware enough to realize it at the time, but they were making a tremendous impact on me. Not just in terms of notes on a guitar neck, but in attitude and approach. What is permissible and how to make anything permissible. Visually, lyrically, philosophically, whatevs.

When I ‘discovered’ Gang of Four it was like finding the fountain from which all my most beloved music flowed. Steve Albini’s asymmetrical guitar playing suddenly made sense (“Cheeseburger” IS Big black, my bandmate Britt Walford would later inform me). Tom Greenlaugh’s literary references and hello-cruel-world drinking songs seemed to stem from the community they formed with G4 back in Leeds. In the late seventies, can you imagine?

These two beasts fed from the same source.

I would initially come back to them because I loved the inventive drum beats. Then I would come back for the song arrangements—tightly wound like gears of a clock. Carving space as if it were an invisible member of the band. Then it was the lyrics. On another night, it was the groove. Or the glitch of Andy Gill’s guitar, like a live electrical wire sparking unpredictably. Always, the attitude… Even later, I came back just because the songs are so fucking catchy.

Before I knew it, more than a couple decades had passed.

Which brings me here to you now.

After all these years, a lot of music from my youth seems a bit childish and/or requiring context (“you have to remember what the rest of the world was like then”). Gang of Four however only got better alongside me. They continue to reveal more. The worldview they championed way back when is more relevant now than ever.

If that isn’t the definition of timelessness.