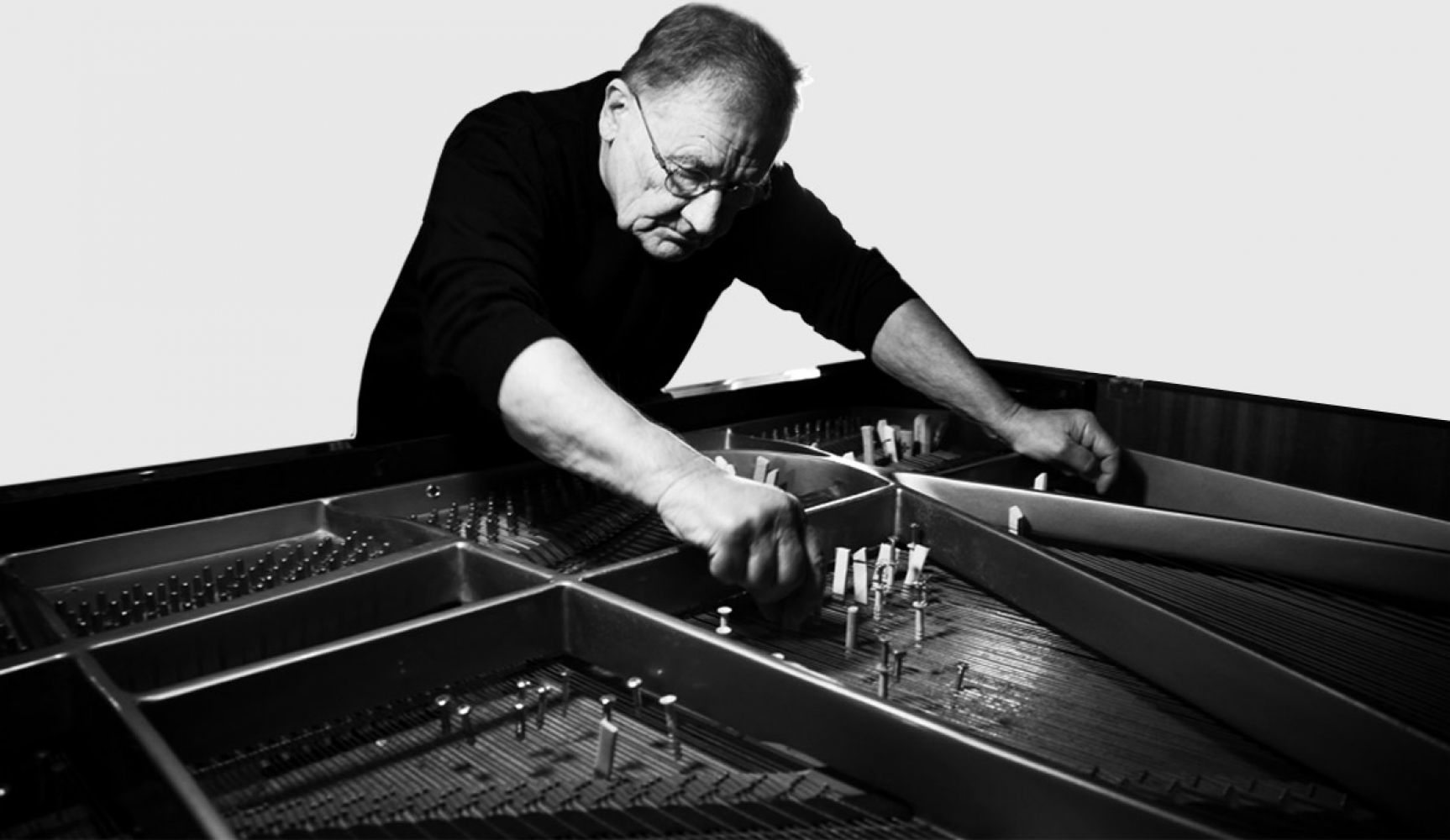 Irmin Schmidt is a founding member of CAN, one of the bravest of the heavies that made up the formidable Krautrock armada. Born in Berlin and buried in studies of rich composition, he went on to conduct symphonies and received prestigious awards for his work therein. He then ejected (albeit temporarily in the grand scheme of life) from the world of classical composition to form the band CAN in the late 1960s. Experimental deep dives into rhythms always pulling at the threads of improvisation and mutating repetition – the band became renowned for their eccentric long-form improvisations, exhuming material from recorded studio albums and pushing it to the edge of the universe in a live setting.

The band itself was quite a mixed bag of personalities and otherworldly talent…upon the exit of the original singer, Malcom Mooney (a US GI amongst the Teutonic regiment), they brought in a street troubadour by the name of Damo Suzuki, who would go on to front the band for a handful of years. This is the kind of willingness to create that exemplifies Mr. Schmidt.

They continued to evolve even after the departure of Suzuki and this is when some of my favorite material came to light (of which there is much footage online). Irmin Schimdt in leather, sweating and stabbing at the keys in polyrhythm on far-flung TV appearances is a standout moment. Always letting go of pretence to open the door. As a band they are formidable; even today, no one has touched them.

We owe that to the mind of Mr. Schmidt, for planting seeds of experiment and stepping aside from a planned life of conducting and composing to surprise the art world.

But he also scored dozens of films over the years, displaying his mind outside of the rock format and exposing his roots and appreciation of contemporary composition. You can sense the prominent decades he was born into and lived thru in his composition.

You get a small taste of his leanings in the glorious mix he has put together for us. Rich in emotion, deep in experimentation, relentlessly contemporary but always with an eye turned back on our history, both dark and light. Always, as thru his life, challenging listeners to look out onto new horizons with awe.

All hail Irmin Schmidt, a man of many talents, always ready to share them with humanity.